In March 2020, the Theatrical Market Statistics for 2019 were released by the Motion Picture Association of America. MPAA THEME Report provides the numbers for both theatrical and home entertainment. This report shows that there is still a desire from some of the top movie producers with 17 of the top 25 movies produced available in 3D; however overall number of 3D movies produced was down.

Additionally, the number of movie theater screens is down slightly included a small percentage of 3D movie screens. however, the public’s demand overall has been dropping slightly on average over the years with some ups and downs and had a significant drop in 2018 followed by a small drop in 2019.

Home entertainment shows promise as an entertainment source with online subscription subscriptions fast approaching the numbers long held by Cable TV. This could be an opportunity for 3D content if only 3D viewers in the form of televisions, tablets, and smartphones can make headway in the home market.

Overall movie producers are not producing as many 3D movies as in the past. However, the top grossing films are mostly being released in 3D. The number of 3D releases has dropped the past four years. 2015 was a very big year for 3D movies with 64 features released. This includes both major releases and some releases only released in specific markets. In 2017 there were 51 3D releases, in 2018 the number dropped to 36, a significant drop of over 29% and again in 2019 to 28, a drop of 22%. I found an excellent list listed at: https://en.wikipedia.org/wiki/List_of_3D_films. The following chart shows a breakdown of the number of 3D releases shown by Wikipedia. 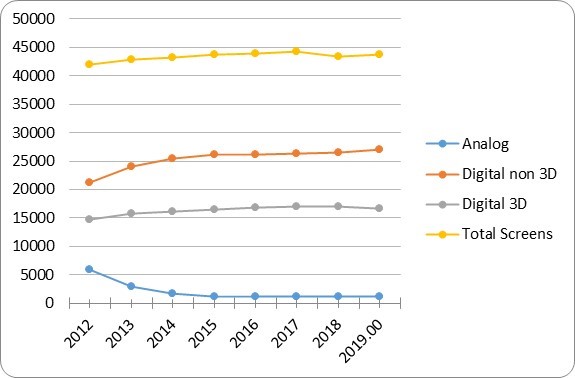 The movie revenue for 3D films is still not matching the number of screens available to show 3D releases. In the US and Canada, the overall box office receipts have steadily increased except for the last two years which saw a drop in receipts. Between 2008 and 2010 3D receipts had a significant increase. During this time non-3D receipts decreased. However, in 2011, receipts for 3D films fell slightly and in 2012 and 2013 remained relatively flat. In 2015, 3D receipts rose but not to the level seen in 2010. In 2018, with overall box office receipts increasing by 7%, 3D receipts fell a whopping 34% and then fell another 4% in 2019. 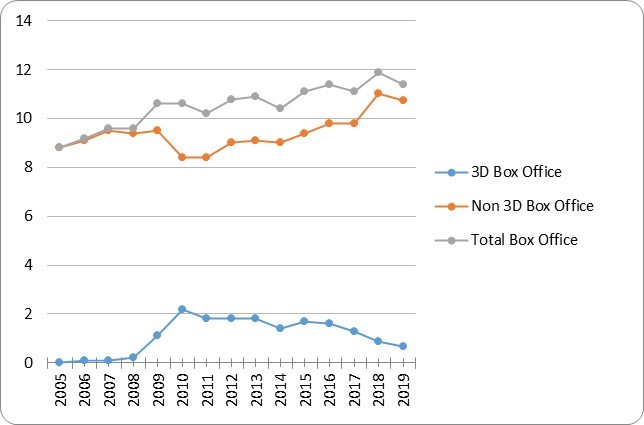 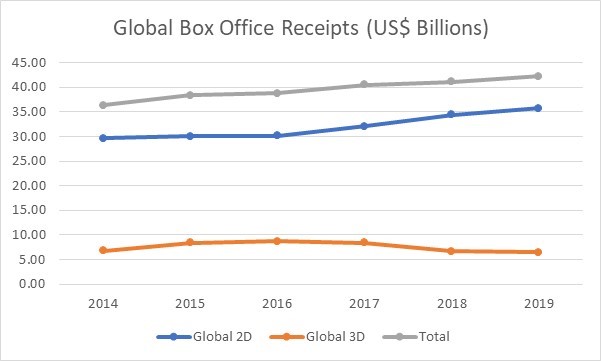 One must be careful of these numbers as a representation of interest in 3D movies and movies in general. With an almost 40% increase in ticket prices since 2005 and accounting for this price. 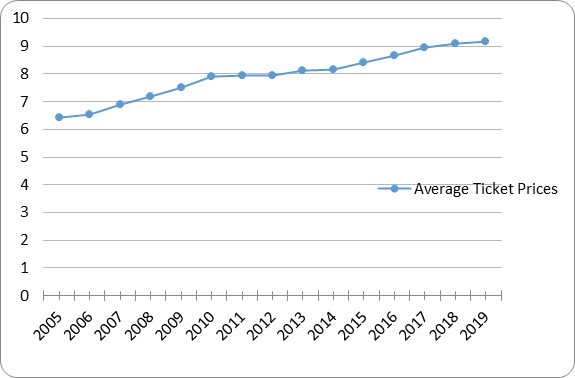 Is it that the ticket prices have affected ticket sales or has there been fewer movies that people are willing to go see at the rising rates with some really good movies in 2009? It would be interesting to have the average 3D ticket prices over the same period. In that way we could view number of tickets sold for both 2D and 3D movies. We could make assumptions regarding the ticket pricing difference between 2D and 3D; however, we would only be guessing, and the results would not be useful. In my area, looking at the same movie in 2D and in 3D at the same time, the 3D ticket costs an additional $4 to $5. In the end, movie producers must balance the ticket prices with the number of tickets sold to maximize their profits. 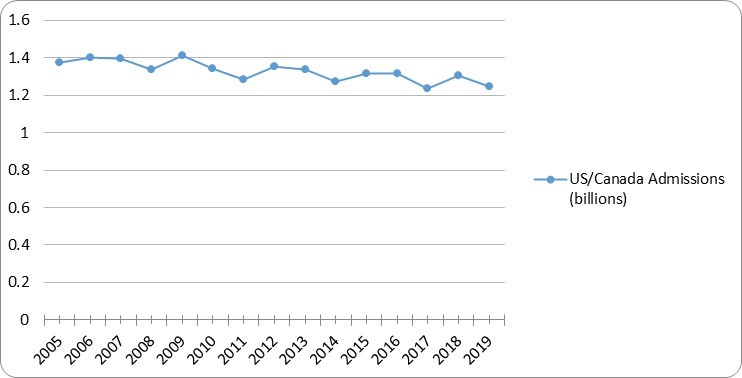 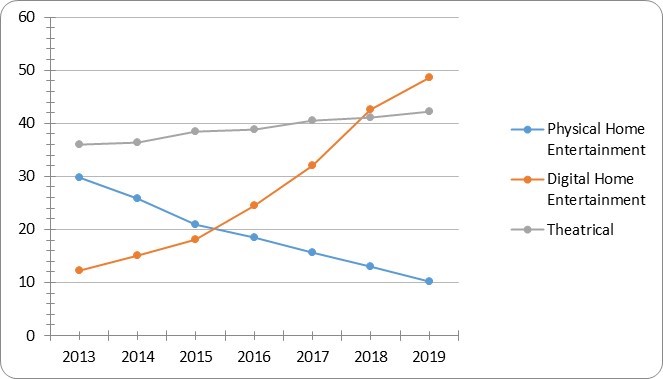 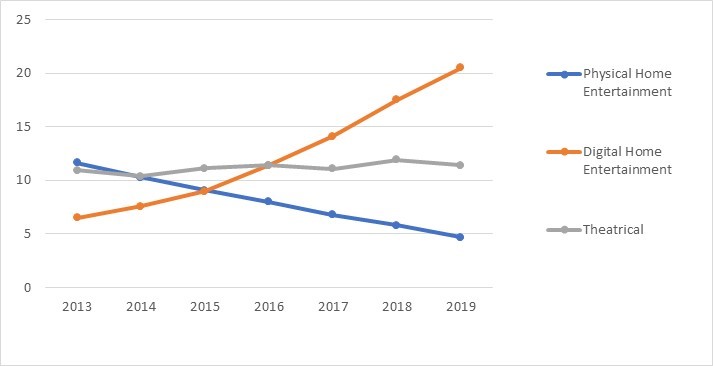 This is an excellent opportunity for the movie industry to extend the life of movies by releasing the movies into the home market. Additionally, this could provide an excellent opportunity for 3D movies to release in the home market given the right 3D screens, content, and distribution. The demographics quoted in this report provides an excellent starting point as to which demographics to use as a starting point. This could potentially be used to rebuild interest in 3D movies which in turn could reinvigorate the entire 3D and immersive viewing industry including theaters.